Our mission is to provide brides, grooms and their guests coming to Italy with the highest level of entertainment just like they would expect back home. Our professional and personal backgrounds allow us to put up a highly engaging, interactive show on stage – and to maintain top organization behind the stage.

With a quick response rate and the use of innovative communication technologies, everything in front of and behind the scenes is designed to empower brides and grooms to find the right entertainment solution for them. 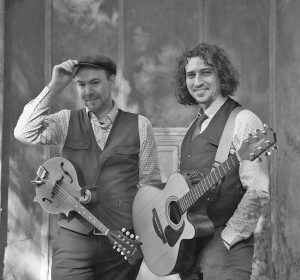 Paul and Sal, the power duo at your service

The Waistcoats were founded by Paul Staunton and Salvatore Benintende in 2014. Together we bring a unique set of skills to the table, with 20+ years of experience in entertainment and showmanship. We also have ample experience in corporate organization, management and logistics, and we perform at or organize over 100+ shows and events each year.

We have set out to create a positive, stress-free experience for brides and grooms from the moment you (or your wedding planners) get in touch with us. We love to use our experience to help you find the right solution for your special day and to guide you through the entire process ahead of time, thus giving you complete ease of mind on your most important day: give yourselves and your guests fun and positive memories that will last for a lifetime! 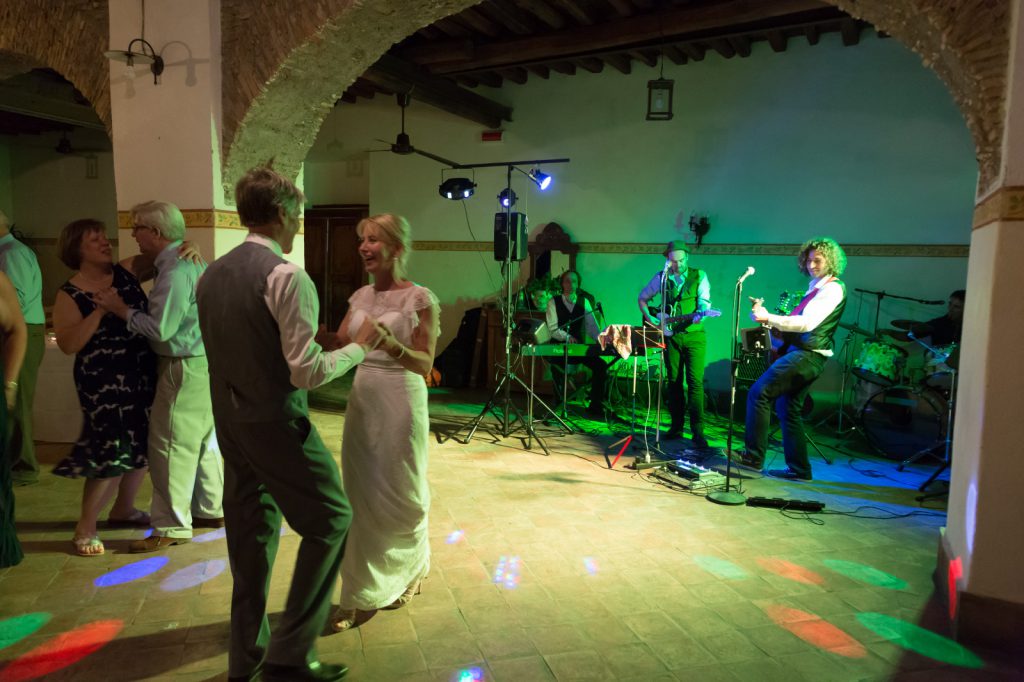 The “bromance” between Paul and Sal started out back in 2007, just a few steps away from the Colosseum – probably it was a full moon. Paul had just arrived in Rome and was pursuing new artistic inspiration. His unique organization and management skills as well as a good portion of Irish charms instantly landed him a gig as the manager of Rome’s first Irish pub. Sal was also looking for inspiration after leaving his previous job in a big video game company (Koch Media/Deep Silver) in Munich and was a traveller who had just stopped by in the aforementioned pub for, what he recalls later as “just one pint”.

But that is not what happened.

Instead, Paul who had just started an Open Mic night, giving artists the possibility to perform, invited Sal on stage. Sal didn’t blink twice. They both went on stage, looked at each other and it was… sparks! 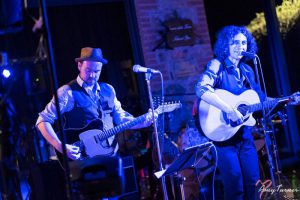 That is, until Paul met his future wife and moved to New York. But this temporary “separation” later proved to be very important for the future of The Waistcoats.

Paul pursued his skills in photography and management on a corporate level at companies such as Kenneth Cole and Shutterstock, while recording an Album with his new band, The Charmers and Sal had stayed in Rome to open up a multimedia production company and put his vocal and entertainment skills to use in voice over roles in Alice TV and Atomic Blonde, theater plays, and as host and head of Open Mic Rome®, the biggest Open Mic franchise in Italy, while continuing to perform with his and other bands for public events but also weddings and corporate events.

But eventually Paul felt the pull of Italy, its culture, its unique history and its breathtaking landscapes and impressive artwork (and, let’s be honest, he probably missed Sal).

In the meantime they realized that brides and grooms had a hard time finding the right music entertainment for their wedding. Their main complaints were problems with the communication, late response times, overpromising and underselling, and often a lack of understanding of what they actually expected. The positive feedback from international customers who saw us play at public events, such as “I wish I had known you guys before we got married here” and the like, led us to believe that we could offer something unique in Italy. Thus, The Waistcoats was born – and together with our talented and charming friends Franky and Mr. Bruno, our band is complete – and our great testimonials show that customers really appreciate our work. 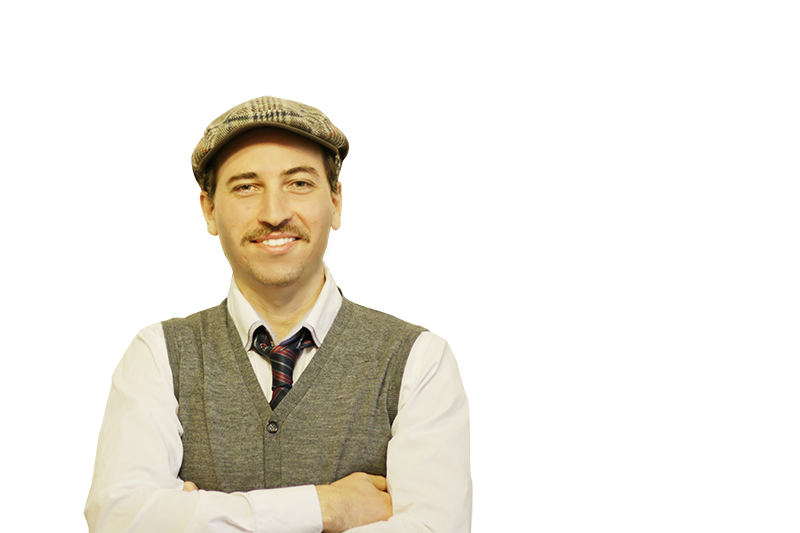 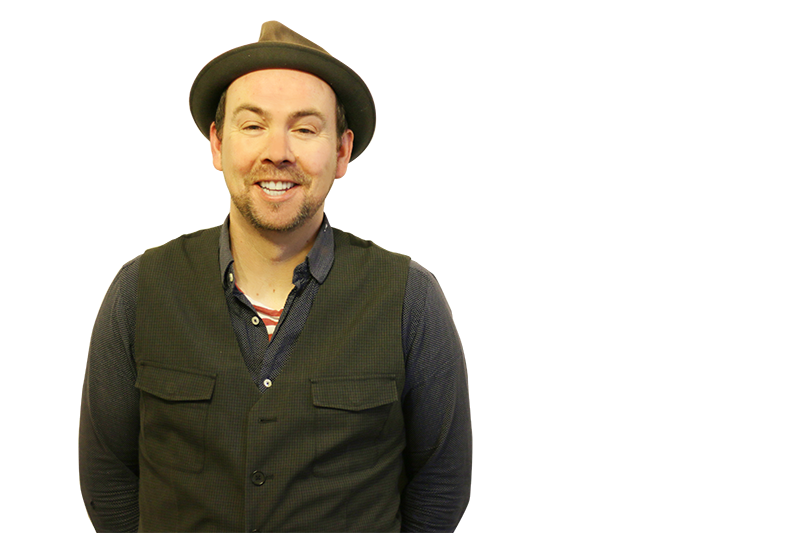 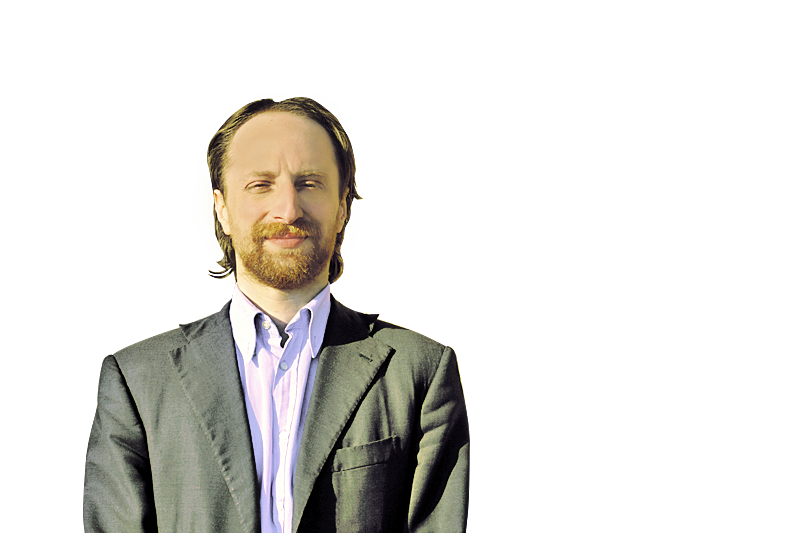 Keyboards, Piano, Vocals – Loves hiking, dancing and is a huge fan of The Doors. 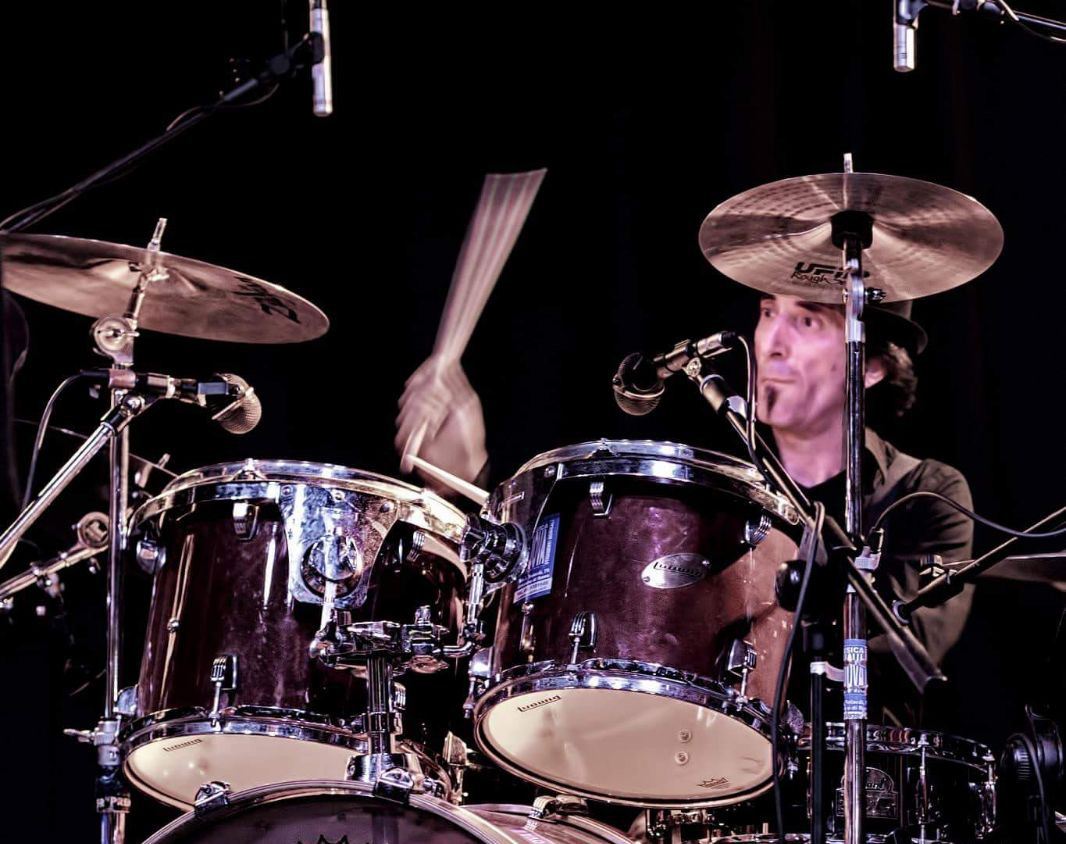 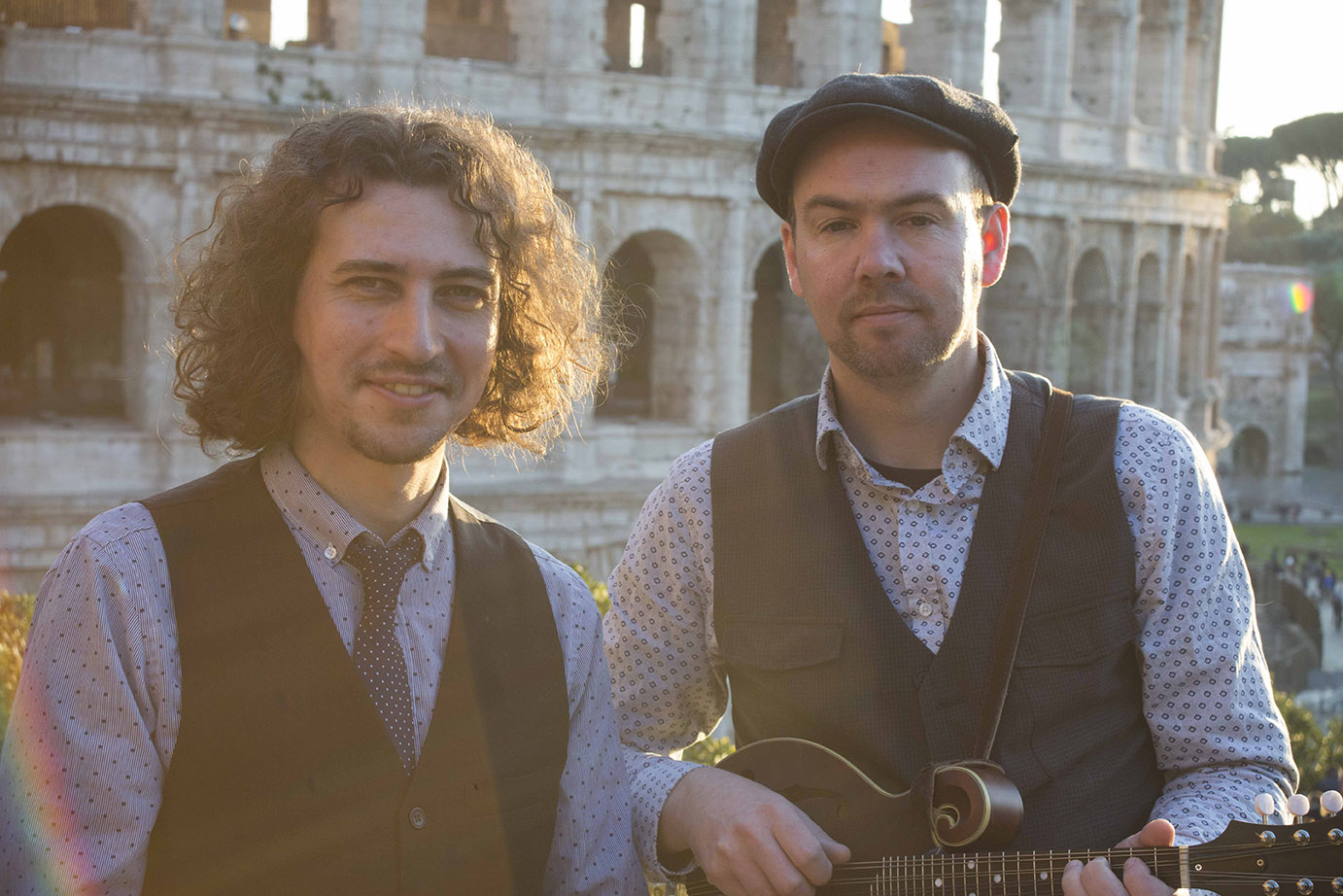 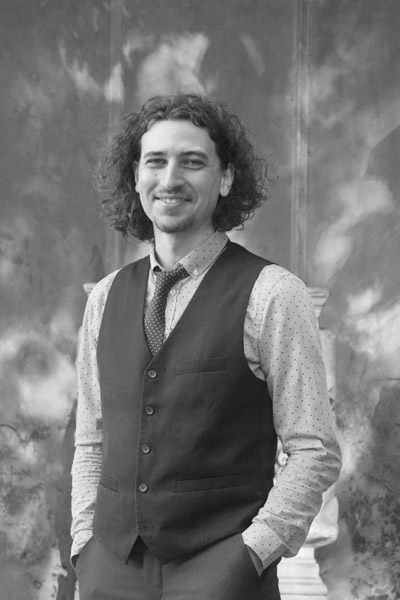 Sal is a musician, a voice over artist and an entrepreneur. He was born in 1982 in Germany.

At a very young age he appeared on TV with the ZDF Fernsehgarten as part of the St. Jakobus choir. After eight years of playing the organ, he discovered the guitar as his instrument, which would be a useful skill not only in the bands that followed, but also at the Open Mic Rome, which he took over in 2007. He has turned this unique event into a succesful franchise in Rome, and organizes meetings for international and local artists.

Sal has published an album and a single with the Band Johnny on the Rise. With this band he appeared on various small and big radio stations, such as Radio Rock, Radio Popolare Roma, Radio Sapienza. He was also a guest on Radio Dimensione Suono Roma and has been acclaimed by online magazines such as rockit.it.

He has been organizing events in Rome’s first Irish pub since 2007 and is the presenter of Rome’s longest-running Open Mic show.

As a voice over actor his voice can be heard in various documentaries and interviews on Alice TV in Germany. His most recent voice over works include little roles in Hollywood blockbusters such as “Atomic Blonde” (with Charlize Theron) and “The 15:17 to Paris” (directed by Clint Eastwood). 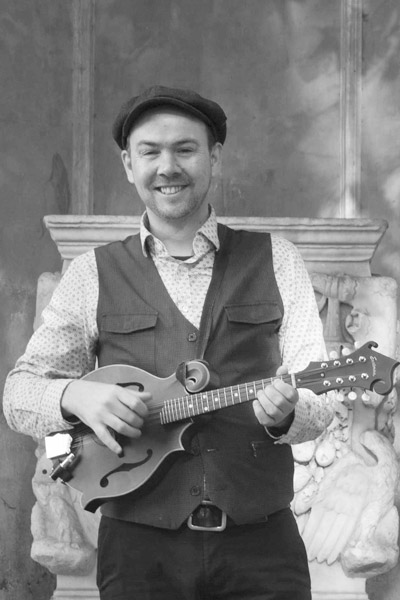 Paul has been playing music since his early 20s. His Father, Joe Staunton is a very well known blues and rock guitarist in Ireland. He has played with Phil Lynott, Brian Downey and many other acts throughout the years. Paul’s Father noticed he was picking up the chords very quickly and decided to throw him in the deep end as rhythm guitarist in his blues outfit. This gave Paul so much exposure to playing live.

Paul’s first band ‘Age’ was where he started writing songs. The band had limited success in Ireland and when they parted ways Paul continued with his songwriting.

From 2006-2009 Paul lived in Rome, Italy. Gigging with various bands, playing festivals and weddings across Italy. Paul also ran a very popular open mic session every Thursday, which is now run by Salvatore, in the most famous and oldest Irish bar in Rome called ‘The Fiddler’s Elbow’.

“The Open Mic night was a great place for ex-pats living in Rome, tourists and Italian locals to sing and play within a no-pressure environment. It was a wonderful experience for me. When in Rome, I had a lot of encouragement from friends and strangers alike. The audience seemed to respond well to my songs”.

After Rome Paul decided to move back to Dublin. He recorded his debut album ‘Between You and Me’ with the legendary sound engineer Paul Thomas who has worked with U2, UB40 and Clannad.

In 2010 Paul moved to New York. He played on various musical projects in the big apple. His band Paul Staunton and the Charmers were a regular fixture in all the gigging venues around Manhattan and Brooklyn. They recorded their self-titled debut album in Dublin in 2013 while on tour in Europe.

After five years in New York, Paul returned to his beloved Rome and reconnected with Salvatore to form The Waistcoats.

Francesco Amatucci has studied music at the conservatory in Avellino, Italy. His classical music background is a great addition to the band, and is also perfect for a great entrance during the ceremony. 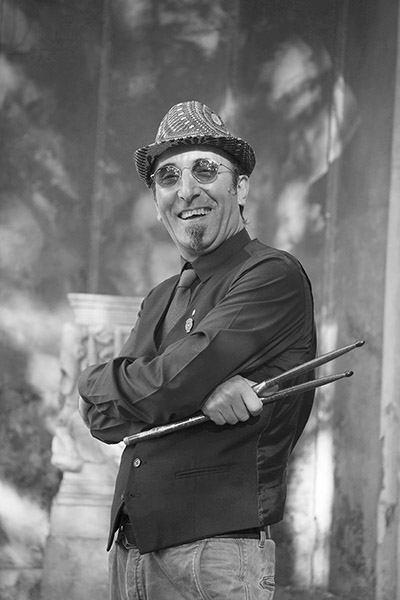 Salvo Bruno is a musician who was born in Palermo, Sicily.

Thanks to over twenty years of stage experience in various bands in Sicily and Rome and his background in the high-end hotel industry, he is the perfect match for The Waistcoats.

Why we love our work

We believe that getting married in Italy is a unique experience. Yes, the setting is beautiful, the food is great… but it is more than just meets the eye. Memories, feelings, promises…

You deserve to be entertained on your wedding the way you always dreamed about it. Music will lift peoples hearts and we will make sure that your guests keep talking about your wedding for years to come.

The Waistcoats are looking forward to get to know you! 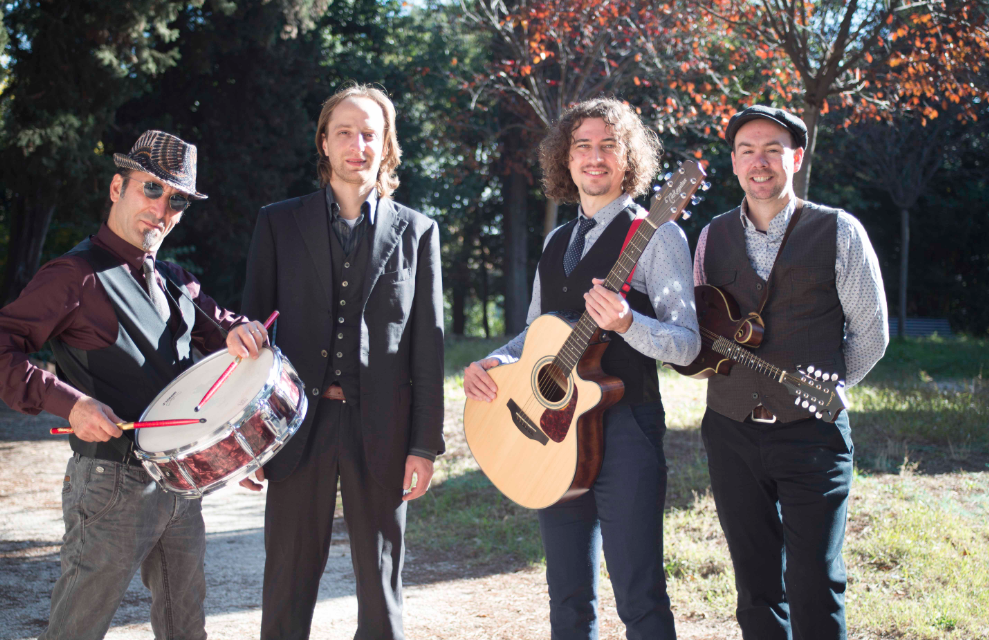 About us was last modified: April 29th, 2018 by The Waistcoats

You can find out more about which cookies we are using or switch them off in settings.

This website uses cookies so that we can provide you with the best user experience possible. Cookie information is stored in your browser and performs functions such as recognising you when you return to our website and helping our team to understand which sections of the website you find most interesting and useful.

You can adjust all of your cookie settings by navigating the tabs on the left hand side.

To find out more about which cookies we use and how we protect your data, please read our privacy page:

Strictly Necessary Cookie should be enabled at all times so that we can save your preferences for cookie settings.

If you disable this cookie, we will not be able to save your preferences. This means that every time you visit this website you will need to enable or disable cookies again.

This website uses Google Analytics and Facebook Pixel to collect anonymous information such as the number of visitors to the site, and the most popular pages.

Keeping these cookies enabled helps us to improve our website and to be able to respond faster.

Please enable Strictly Necessary Cookies first so that we can save your preferences!